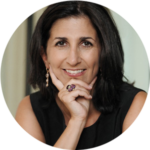 She graduated in Law at the Luiss Guido Carli University. In 1999 she attended a Research Programme on “The Role of Economics in EC Competition Law” at the University College of London. In 2004 she graduated as Ph.D. in “Competition Law and Economics” at the University of Perugia. In 1995 she started working in Confindustria. In 1998 she worked for the Directorate General “Competition” of the European Commission in Brussels. Author of a number of publications in the field of Law and Economics, Marcella Panucci has represented Confindustria in many institutional settings at national and international level.
From November 2011 to July 2012 she worked for the Italian Minister of Justice as Chief of Staff and Economic Advisor. Since 2012 Marcella Panucci is the Director General of Confindustria. She is also member of the Board of Directors of “Il Sole 24 Ore” and of the Corporate Governance Committee of the Italian Stock Exchange.