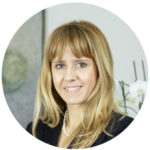 She graduates with a Honours Degree in Modern Languages and Literatures and earns a Master’s Degree in Business Administration (LUISS University).  In 1993 she joins MSD, covering a number of positions with increasing responsibilities. In 2012 she is appointed President & MD of Sanofi Pasteur MSD and, since 2015, she becomes President & MD of MSD Italy. In 2016 she is nominated President of the Alumni LUISS Business School Association and since 2017 she is selected by AMREF to act as testimonial of the NGO’s social media campaign against female genital mutilations. and has been honoured with the award  “Premio Minerva-Donna D’Eccellenza”.