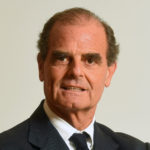 EMEA Executive Chairman of Aon Risk Solutions, worldwide and Italian leading group in insurance brokerage. He began his career at the age of 22 at Pratolongo, an important brokerage firm based in Genoa, where he assumed positions of increasing responsibility in Italy and abroad. In 1998 he contributed to opening the way of Aon Group in Italy through a strategic acquisition, becoming Country Manager and CEO. He is currently the EMEA Executive Chairman and will serve as Executive Chairman International once the integration between Aon and Willis Towers Watson is completed. He is Chairman of San Patrignano Onlus Foundation and Honorary Consul of Norway in Milan. In 2006 he received the degree of Doctor honoris causa in Social Sciences and a master degree in BA from CUOA Business School. In 2010 he was appointed Cavaliere del Lavoro by the President of Italy.